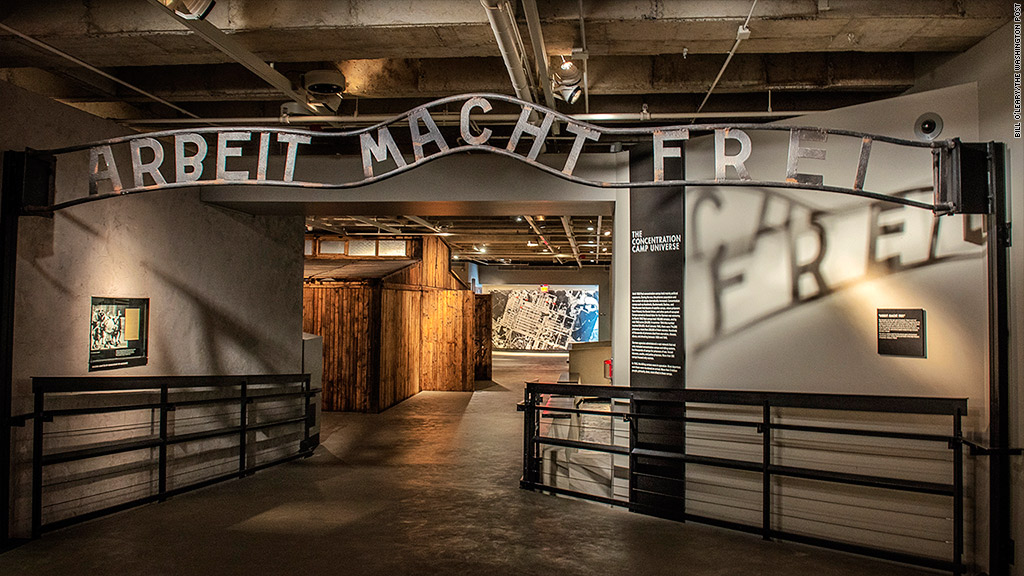 Last Saturday I visited the Holocaust museum with my History of Genocides class. Despite me living about 20 minutes from D.C. this was my first visit to this museum. I never realized how big the museum was, and I was thoroughly impressed with my visit.

One of the most impatful things I saw was the shoe room, and the rooms following it. The shoe room exhibited hundreds of shoes that were collected from people who removed them before getting gassed at the concentration camps. To visually be able to see hundreds of shoes that belonged to people who died in this horrific event hits you like getting slapped in the face.

One of the reasons the shoe room really stuck out to me is because I am a very visual person, I comprehend and learn things better when they are presented to me in a visual way. There was more visual exhibits following the shoe room. My favorite visual part of the museum was the photographic representation of holocaust survivors arms with the tattoos that some people were given. It was surprising how much you could learn about someone from seeing their arms and the differences in jewelry and the way they styled their nails, very thought provoking to see the differences in how these people now portrayed themselves after the events that suffered through and witnessed.

Lastly, the part of the exhibit that was the hardest to watch was a small video with no sound that played in one on the final rooms. This video showed piles of dead bodies in mass graves, Nazi’s slinging bodies that were completely stick and bone and throwing them into these graves, and simply hundreds of starving people that were going to die within hours. This video disgusted me to see how poorly they were treated, and how almost inhuman they looked being so malnourished, I couldn’t understand how the Nazi’s could throw them around so seemingly unaffected about what they were doing. Overall, despite how sad this museum was I am extremely happy to be able to experience it and I believe it greatly helped my understanding of the Holocaust.